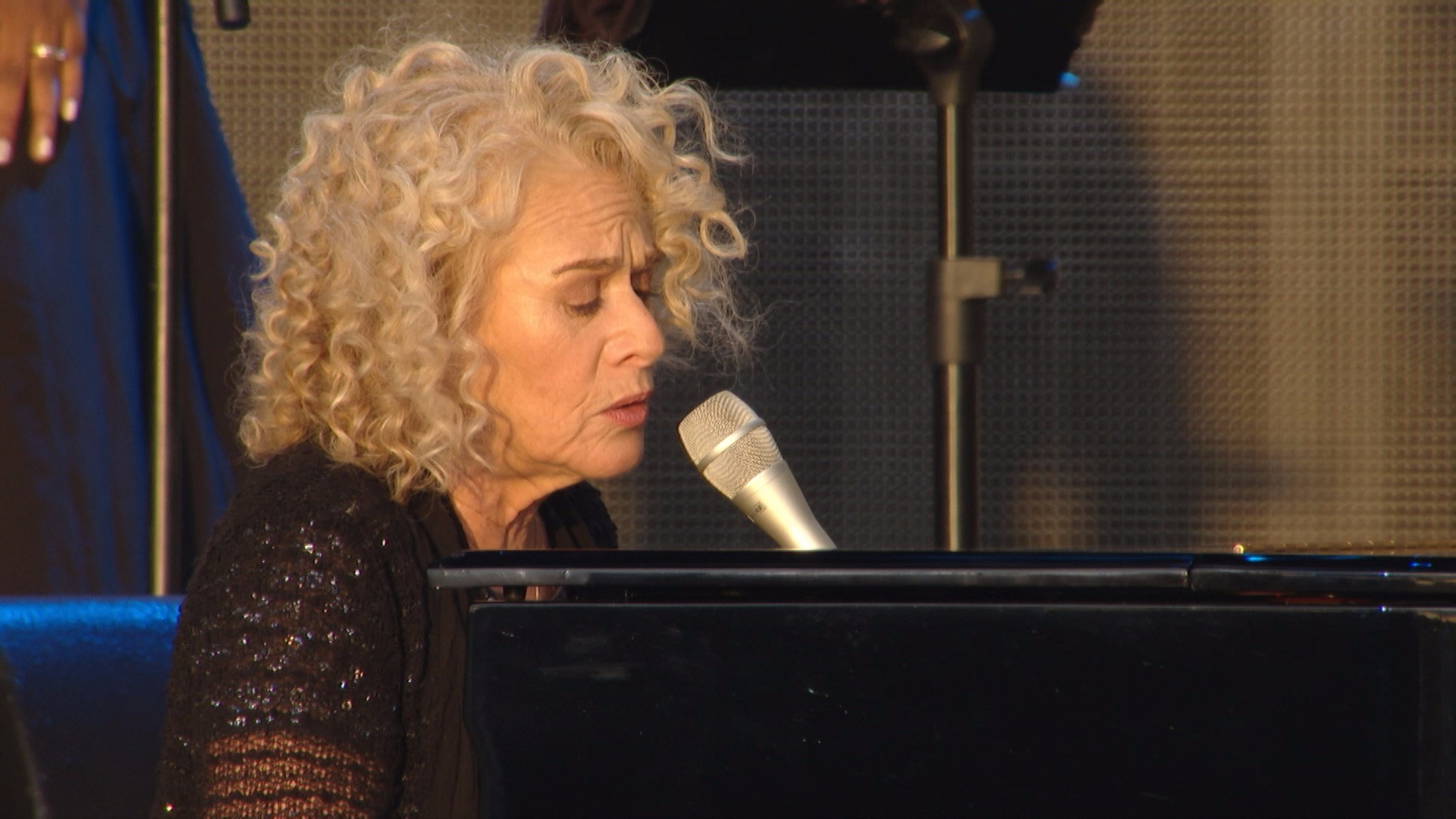 Fathom Events and AEG Presents will bring this historic concert to American audiences for the first time on Tuesday, July 11 at 7:00 p.m. (local time). Additionally, cinema audiences will enjoy an interview with King herself and special introduction by the iconic WCBS-FM radio host Scott Shannon.

Tickets for “Carole King: Tapestry – Captured Live at Hyde Park London” can be purchased online by visiting www.FathomEvents.com and at participating theater box offices. Fans throughout the U.S. will be able to enjoy the event in nearly 600 select movie theaters. For a complete list of theater locations visit the Fathom Event’s website (theaters and participants are subject to change).

Highlights of the performance include King's daughter, Louise Goffin, joining her on \"Where You Lead,\" King being accompanied by a recording of her younger self on \"(You Make Me Feel Like A) Natural Woman,\" as well as a rocking performance of “I Feel the Earth Move” with Cassidy Janson and the London cast of Beautiful: The Carole King Musical. In addition to Tapestry, King performed several hits from her 60’s partnership with Gerry Goffin and her solo career including “The Loco-Motion” and “Take Good Care of My Baby.”

Carole King is one of the most successful songwriters of the latter half of the 20th century. Her breakthrough album Tapestry topped the U.S. album chart for 15 weeks in 1971, remained on the charts for more than six years, giving her the record for most weeks at No. 1 by a female artist for more than 20 years. King has sold an estimated 75 million albums worldwide. Tapestry was the basis for creating “Beautiful” on Broadway which tells the inspiring true story of King’s remarkable rise to stardom. “Beautiful” was nominated for seven Tony Awards and received two in 2014 including “Best Performance by an Actress in a Leading Role in a Musical.”

“It’s a pleasure and a privilege to bring Carole King’s historic album-themed concert Tapestry to fans throughout the nation,” Fathom Events CEO John Rubey said. “Tapestry is a career-defining album that continues to wow listeners more than 45 years after its release, and the rave reviews that followed this concert are a true testament to that fact.”