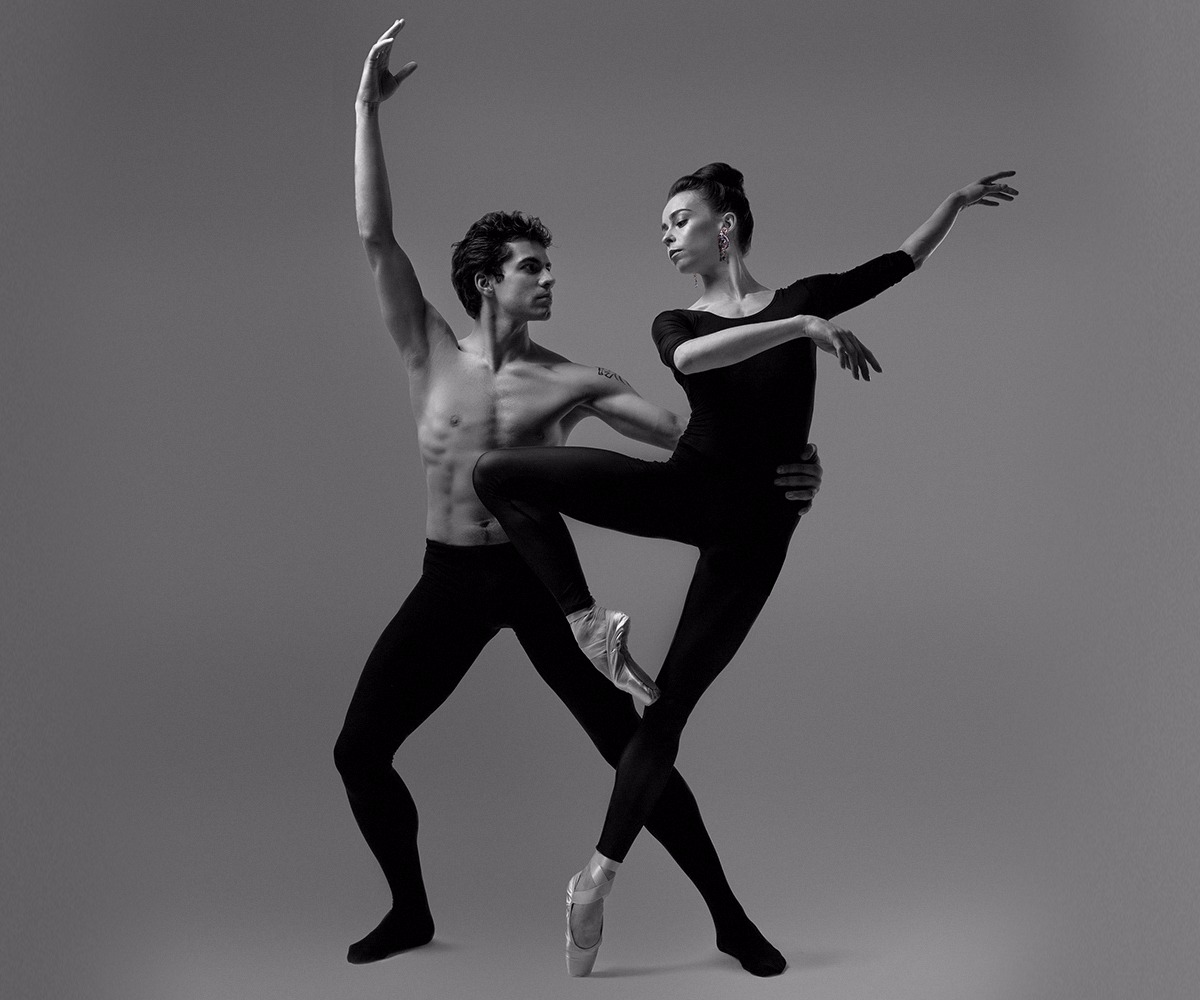 DENVER – June 13, 2017 – For the fourth consecutive season, the world-renowned Bolshoi Ballet lights up cinema screens nationwide with a bold lineup of newly-staged ballet classics, as part of the “2017-18 Bolshoi Ballet in Cinema Series.” Featuring eight performances on select Sundays from October 2017 to June 2018, audiences can experience the Bolshoi Ballet at its finest, with stunning ballets captured live from the Bolshoi Theatre in Moscow, Russia, from the comfort of their local cinema.

The all-new, exclusive-to-cinema series of ballet events from Fathom Events, BY Experience and Pathe´ Live launches with the Bolshoi’s awe-inspiring production of Alexei Ratmansky’s revival of the 19th century exotic classic “Le Corsaire” on October 22, followed by French choreographer Jean-Christophe Maillot’s vibrant and hilarious staging of “The Taming of the Shrew” (encore) on November 19, as well as the widely-cherished holiday classic “The Nutcracker” (encore) on December 17. In the new year, the Bolshoi brings to life even more exhilarating classics including a fresh re-telling of the tragically romantic “Romeo and Juliet” on January 21, followed by the passionately-charged “The Lady of the Camellias” (encore) starring prima ballerina Svetlana Zakharova on February 4. Ratmansky’s explosive and energetic Revolutionary-era revival of Vasily Vainonen’s “The Flames of Paris” ignites the Bolshoi’s stage on March 4, and a chilling, yet luminous performance of one of history’s most beloved ballets, “Giselle,” (encore) will captivate audiences on April 8. The 2017-18 cinema series concludes with the Bolshoi’s stunning production of the humorous 19th century classic, “Coppélia,” on June 10.

Tickets for the “2017-18 Bolshoi Ballet in Cinema Series” can be purchased online by visiting www.FathomEvents.com or at participating theater box offices. Fans throughout the U.S. will be able to enjoy the event in nearly 350 select movie theaters through Fathom’s Digital Broadcast Network (DBN). For a complete list of theater locations visit the Fathom Events website (theaters and participants are subject to change).

“The peerless Bolshoi Ballet is accessible to ballet fans of all ages, through cinema screenings in local communities across the U.S.,” said Julie Borchard-Young, co-President of BY Experience. “The impact and reach of the Bolshoi’s inspirational performances continues to expand via broadcasts to cinemas, offering audiences the opportunity to travel virtually to the Moscow stage.”

“It’s a privilege for Fathom to present our fourth season of the Bolshoi Ballet in U.S. cinemas,” Fathom Events VP of Programming Kymberli Frueh said. “The popularity of these events grows with each season, consistently delighting balletomanes with masterful content, distinguished artists and works from some of the world’s most revered choreographers.”

Planned schedule for the “2017-18 Bolshoi Ballet in Cinema Series”:

Amidst a bustling Turkish market, the pirate Conrad falls in love at first sight with beautiful Medora, the ward of the slave merchant Lankedem’s bazaar. Conrad kidnaps Medora when Lankedem decides to sell her to the Pasha. Inspired by Lord Byron’s epic poem and reworked by Alexei Ratmansky from Petipa’s exotic 19th century classic, this miracle of the repertoire is one of the Bolshoi’s most lavish productions. Complete with a magnificent awe-inspiring shipwreck and dramatic scenery, this grand romance allows enough dancing for nearly the entire company and made especially for those who seek miracles in theatre.

Baptista struggles to marry off his tempestuous daughter Katharina, a shrew who denies that any man could possibly be her match. However, when she meets Petruchio, who is as ill-tempered as she, the two forces of nature ignite an unexpected and explosive encounter. Acclaimed choreographer Jean-Christophe Maillot brings out the wit, fast-paced athleticism and vibrancy from the Bolshoi Ballet dancers in Shakespeare’s rowdy comedy. Principals Ekaterina Krysanova and Vladislav Lantratov clash, challenge and eventually give themselves to one another.

As the clock strikes midnight on Christmas Eve, Marie’s wooden nutcracker doll comes to life and transforms into a prince. Soon joined by her other toys that have also come to life, Marie and her prince embark on a dreamy, unforgettable adventure. A holiday tradition for the whole family, The Nutcracker sweeps the Bolshoi stage for two hours of enchantment and magic. Along with Tchaikovsky’s cherished score and some of the Bolshoi’s greatest artists, The Nutcracker remains a timeless treasure not to be missed.

In Verona, Romeo and Juliet fall madly in love while their respective families, the Montagues and the Capulets, are caught in a bitter rivalry ending in heart-wrenching tragedy. Alexei Ratmansky, former artistic director of the Bolshoi Ballet, stages the company’s premiere of his production with dramatic urgency and a fresh retelling of Shakespeare’s beloved classic. His brilliant and detailed adaptation set to Prokofiev’s romantic and cinematic score reignites the story of literature’s most celebrated star-crossed lovers like no other classical ballet choreographer today.

At a theatre performance of ‘Manon Lescaut,’ the young and naive Armand is utterly captivated after meeting the ravishing and most desirable courtesan Marguerite Gautier. Their encounter gives birth to a passionate yet doomed love. Alexandre Dumas fils’s novel comes to life on the Bolshoi stage, with prima Svetlana Zakharova as the ailing Marguerite seeking love and redemption from her life as a courtesan. The Bolshoi brings choreographer John Neumeier’s work of rare beauty and tragic depth to new emotional heights, accompanied by Chopin’s romantic piano score.

In the era of the French Revolution, Jeanne and her brother Jérôme leave Marseille for Paris in support the revolutionary effort that is taking over the capital. While fighting for freedom, they both encounter love along the way. Very few ballets can properly depict the Bolshoi’s overflowing energy and fiery passion as can Alexei Ratmansky’s captivating revival of Vasily Vainonen’s “The Flames of Paris.” With powerful virtuosity and some of the most stunning pas de deux, the Bolshoi Ballet displays an exuberance almost too enormous for the Moscow stage.

When Giselle learns that her beloved Albrecht is promised to another woman, she dies of a broken heart in his arms. While Albrecht grieves, she returns from the dead as a Wili, a vengeful spirit meant to make unfaithful men dance until death. Prima ballerina Svetlana Zakharova personifies this ultimate ballerina role in the classical repertoire, alongside the sensational Sergei Polunin as Albrecht, in this chilling, yet luminous ballet that continues to captivate audiences for more than 150 years at the Bolshoi.

Swanhilda notices her fiancé Franz is infatuated with the beautiful Coppelia who sits reading on her balcony each day. Nearly breaking up the two sweethearts, Coppelia is not what she seems, and Swanhilda decides to teach Franz a lesson. The Bolshoi’s unique version of Coppelia exhibits a fascinating reconstruction of the original 19th century choreography of this ebullient comedy involving a feisty heroine, a boyish fiancé with a wandering eye, and an old dollmaker. The company’s stunning corps de ballet shines in the divertissements and famous “dance of the hours,” and its principals abound in youthful energy and irresistible humor in this effervescent production.