Hayao Miyazaki’s ‘LUPIN THE 3RD THE CASTLE OF CAGLIOSTRO’ Hits Big Screens Nationwide for First Time Ever, as Part of a Special Two-Night Event This Fall 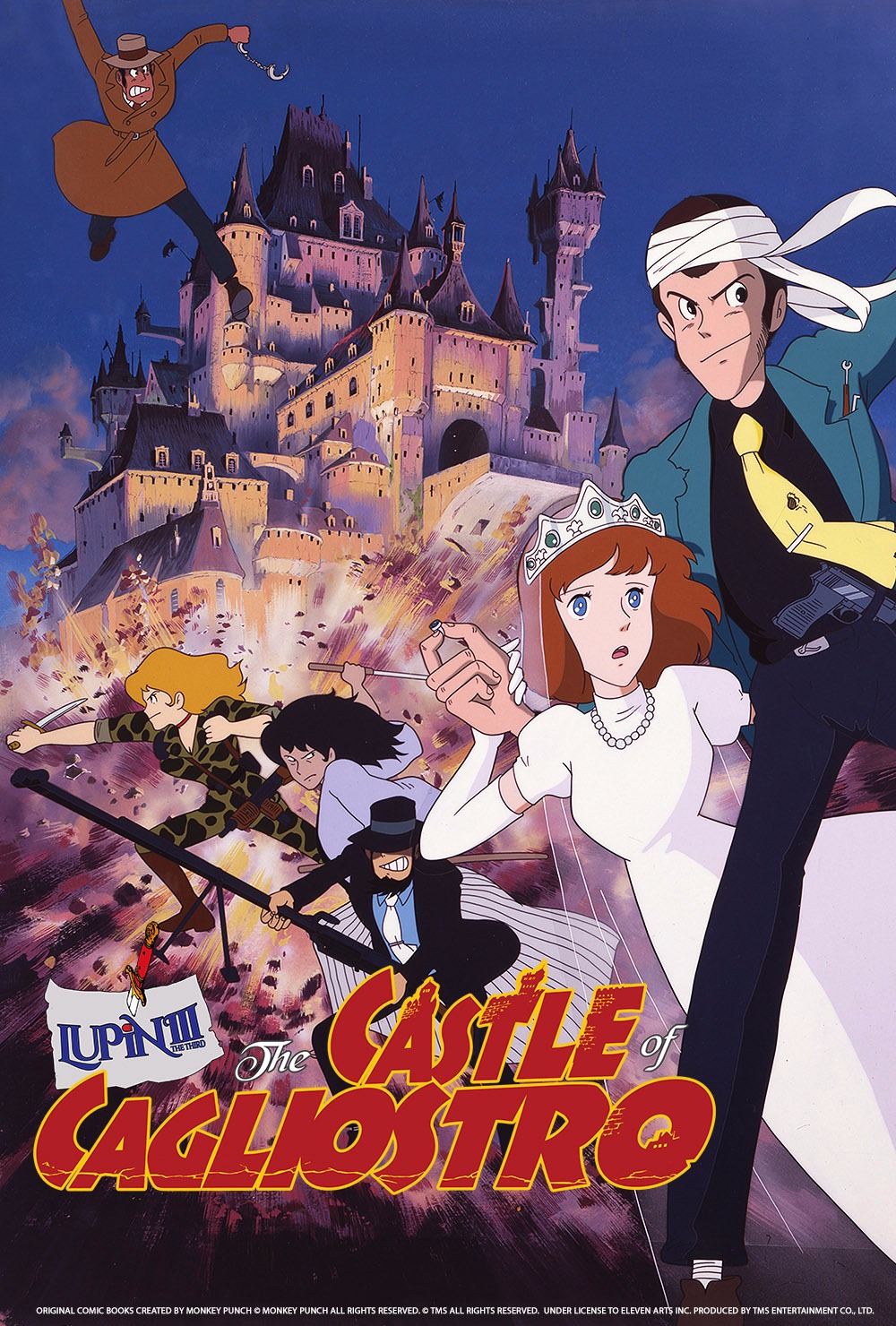 DENVER – July 13, 2017 – LUPIN THE 3RD is one of the most recognizable animation series in Japanese history, and now U.S. audiences can experience one of the most notable titles when the 1979 Japanese comedy-drama animated adventure, “LUPIN THE 3RD THE CASTLE OF CAGLIOSTRO,” comes to movie theaters nationwide for the first time, to commemorate Lupin’s 50th anniversary.

Co-written and directed by Hayao Miyazaki as his feature film debut, “LUPIN THE 3RD THE CASTLE OF CAGLIOSTRO” will be broadcast for two nights only on Thursday, September 14 (English dubbed) and Tuesday, September 19 (English subtitled) at 7:00 p.m. local time (both days), from Fathom Events, ELEVEN ARTS Anime Studio, and TMS Entertainment.

Tickets for “LUPIN THE 3RD THE CASTLE OF CAGLIOSTRO” can be purchased online beginning Friday, August 18 by visiting www.FathomEvents.com, or at participating theater box offices. A complete list of theater locations will be available August 18 on the Fathom Events website (theaters and participants are subject to change).

“LUPIN THE 3RD THE CASTLE OF CAGLIOSTRO” follows the great thief Arsène Lupin III, who successfully robs a casino – only to discover the money is counterfeit. He heads to the tiny country of Cagliostro, the rumored source of the bills, and attempts to save the runaway Clarisse from Count Cagliostro's men. Lupin enlists his associates, Jigen and Goemon, and sends his calling to the Count to get Inspector Zenigata, his longtime nemesis, to the castle. After becoming trapped in the dungeon under the castle, Lupin and Zenigata form a pact to escape and foil the Count's counterfeit operation and save Clarisse from her forced marriage to the Count.

“Anime events continually prove to be a wildly popular genre for our audiences,” Fathom Events CEO John Rubey said. “We are thrilled to debut Hayao Miyazaki’s first masterpiece on big screens nationwide and to partner with ELEVEN ARTS and TMS Entertainment to make this possible.”

Trailer: WRONG TURN Reboot Coming to Theaters for 1-Night Only