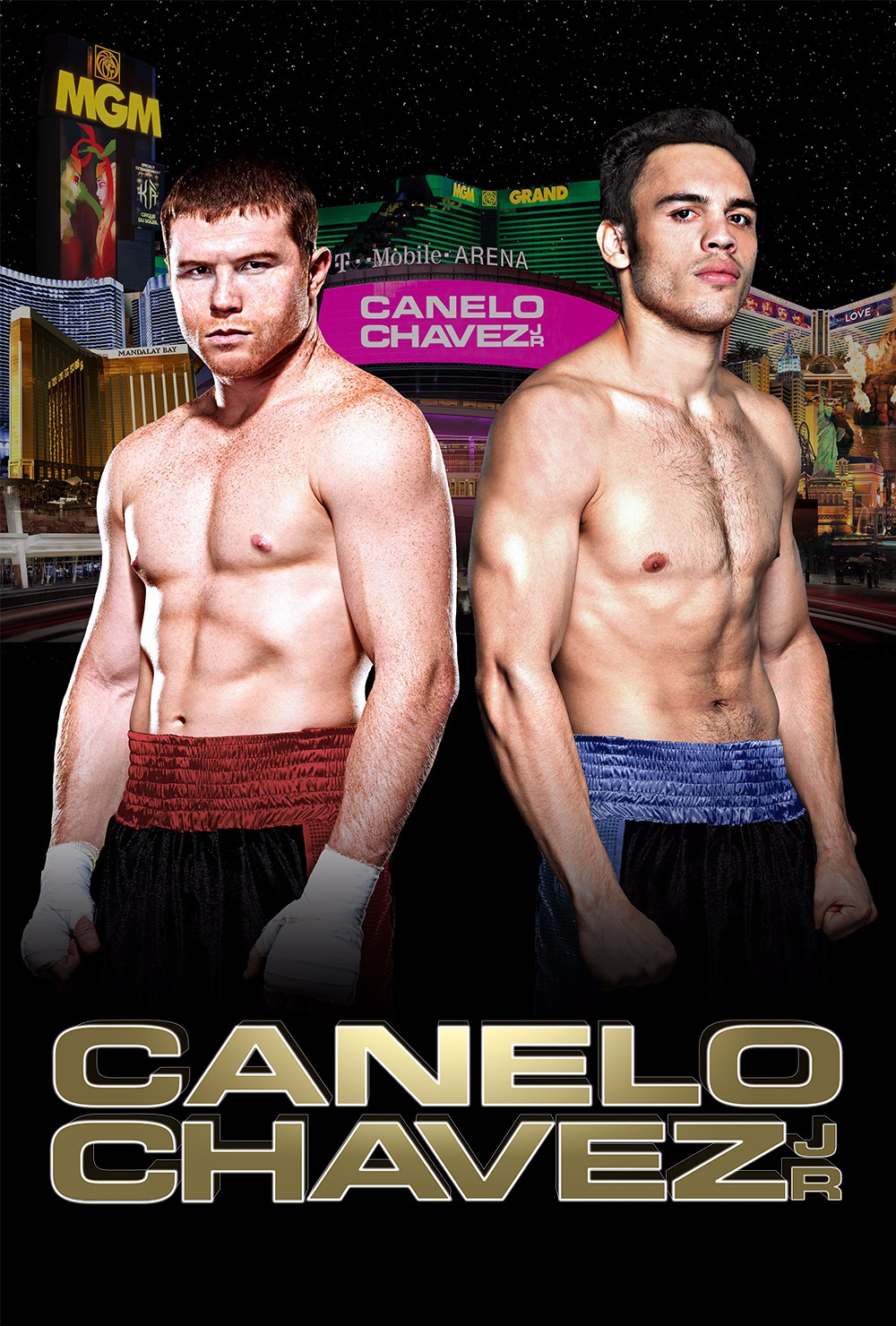 Presented by Fathom Events, Golden Boy Promotions and HBO Pay Per View, the one-day cinema broadcast is set for Saturday, May 6 at 6:00 p.m. PT / 7:00 p.m. MT / 8:00 p.m. CT / 9:00 p.m. ET, live from the sold-out T-Mobile Arena in Las Vegas. In addition to catching all the in-ring action up close and personal, event attendees will receive an exclusive commemorative fight mini-poster. Fighters for the undercard bouts will be announced shortly.

Tickets for“Canelo Álvarez vs. Julio César Chávez, Jr.” can be purchased beginning Friday, April 7, 2017 online by visitingwww.FathomEvents.com or at participating theater box offices. Fans throughout the U.S. will be able to enjoy the event in select movie theaters through Fathom’sDigital Broadcast Network (DBN). A complete list of theater locations will be available April 7 on the Fathom Event’swebsite (theaters and participants are subject to change).

Álvarez says, “Julio César Chávez, Sr. is one of the best, if not the best fighter in history. I grew up watching him and learned a lot from him, but that won't have any influence when I fight his son… I want to remind you that when two Mexican fighters face-off, a spectacular show is guaranteed, and I can assure you that May 6 will be no exception.\"

\"This is going to be a tough fight. Every fight is important, and this one especially because it is between two Mexicans fighting each other for the glory,\" Julio César Chávez, Jr. said. \"I'm going to win, but my country will too, because this is the fight that boxing needs.\"

Oscar De La Hoya, Chairman and CEO of Golden Boy Promotions said, “Mexican boxing is the best, and when you have these two top boxers who want to give the best to the fans, we couldn't pass it up. Canelo, the biggest boxing star, will take on not only a former world champion in Julio César Chávez, Jr., but the son of the biggest star in the history of boxing in Mexico.\"

“There’s nothing like seeing these warriors – CaneloÁlvarez andJulio César Chávez, Jr. – do battle, larger than life, on the big screen,” John Rubey, CEO of Fathom Events said. “It’s like having a real ring-side experience in your local cinema surrounded by other fans!”