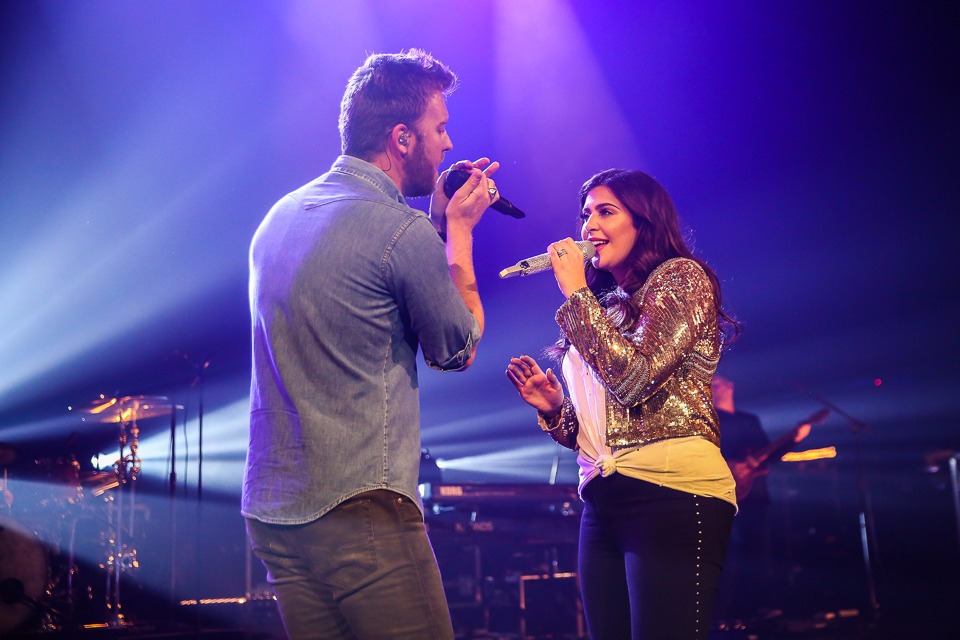 DENVER – June 20, 2017 – Seven-time Grammy Award®-winning country group Lady Antebellum takes their recently released sixth studio album Heart Break (Capitol Records Nashville) to the big screen this summer. Giving fans up-close-and-personal access from the comfort of their local movie theater, the multi-platinum trio will share a rare side as they perform new music for the first time including their current Top 10 hit “You Look Good,” along with additional offerings of new songs mixed with renditions of their biggest hits.

“Artists Den Presents Lady Antebellum” comes to movie theaters for one night through Fathom Events on Tuesday, July 25 at 7:30 p.m. local time. Fans can expect an intimate concert performance with interview footage captured exclusively for this event, along with hits from their debut album, 2010’s Need You Now and songs from the band’s newly-released album.

“We came back so much more appreciative and filled with gratitude for one another and the career that we’ve been so blessed to have,” said member Hillary Scott.

Tickets for “Artists Den Presents Lady Antebellum” can be purchased online beginning Friday, June 23 by visiting FathomEvents.com, or at participating theater box offices. Fans throughout the U.S. will be able to enjoy the event in more than 500 select movie theaters through Fathom’s Digital Broadcast Network (DBN). A complete list of theater locations will be available June 23 on the Fathom Events website (theaters and participants are subject to change).

Captured live at a secret concert performed for a crowd of 1,400 invited guests inside the historic United Palace Theatre (a restored movie theater from the 1930s in New York City), the cinema event features candid interviews with Dave Haywood, Charles Kelley and Hillary Scott as they discuss the creative process behind Heart Break and their You Look Good world tour. Audiences will also get to experience exclusive behind-the-scenes footage in the studio and backstage access as the band prepares for the concert performance.

“Fathom is thrilled to widely premiere this concert, that originally played for a small group of dedicated fans, on big screens nationwide,” Fathom Events CEO John Rubey said. “Audiences will get the chance to watch this exciting concert and exclusive footage alongside fellow Lady Antebellum fans, with up-close shots that only the front-row attendees of the concert experienced.”

2. We Owned the Night