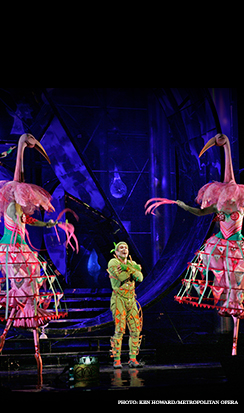 An encore performance of the first ever Live in HD broadcast, Mozartâ??s The Magic Flute, will be presented in select cinemas nationwide on Saturday, December 3 at 12:55 p.m. in all time zones.

Click here for complete information about The Met: Live in HD season.

Cinema locations are subject to change.