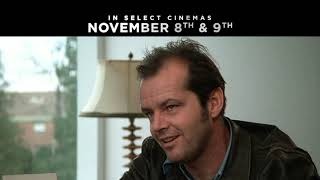 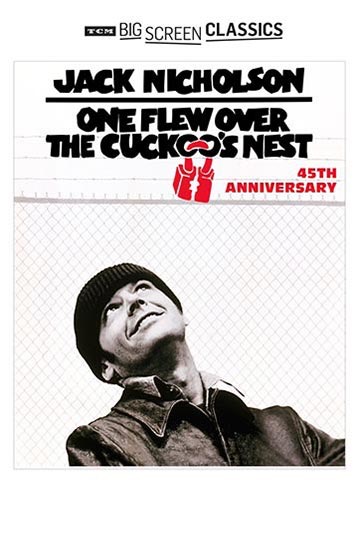 A feisty misfit sent to a mental hospital inspires his fellow patients to assert themselves, much to the chagrin of the strong-willed head nurse, who turns out to be more dangerous than any of the inmates. Based on the novel by Ken Kesey and the play by Dale Wasserman.

When free-spirited petty crook Randle P. McMurphy (Jack Nicholson) arrives at the state mental hospital, his contagious sense of disorder jolts the routine. He’s on one side of a brewing war, soft-spoken, coolly monstrous Nurse Ratched (Louis Fletcher) on the other. At stake is the fate of every patient in the ward. This electrifying adaptation of Ken Kesey’s bestseller swept all 5 major 1975 Academy Awards®: Best Picture (produced by Saul Zaentz and Michael Douglas), Actor (Jack Nicholson) Actress (Louis Fletcher) Director (Milos Forman) and Adapted Screenplay (Lawrence Hauben and Bo Goldman). Raucous, searing and with a superb cast that includes Brad Dourif, Danny DeVito and Christopher Lloyd in his film debut, it soars.