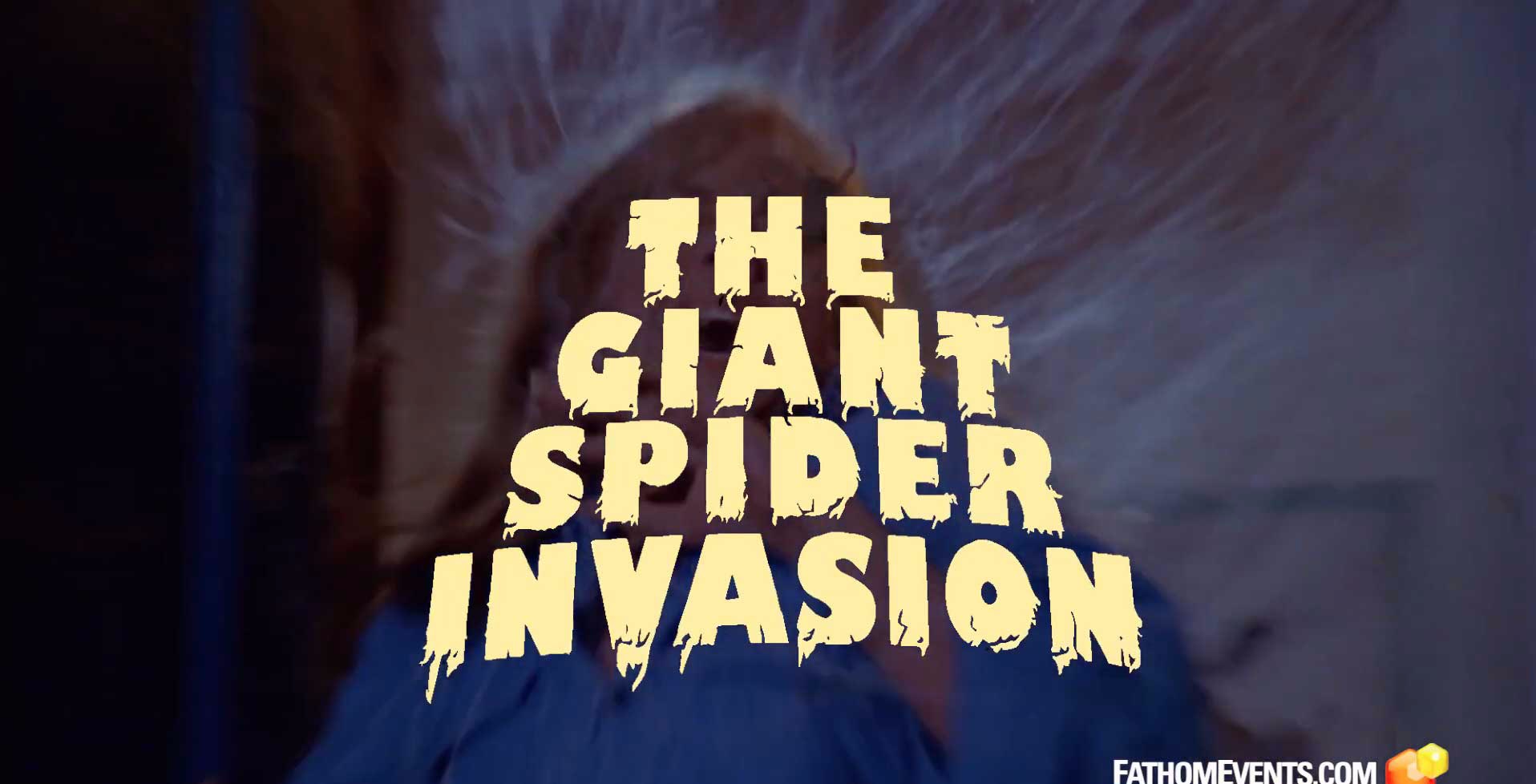 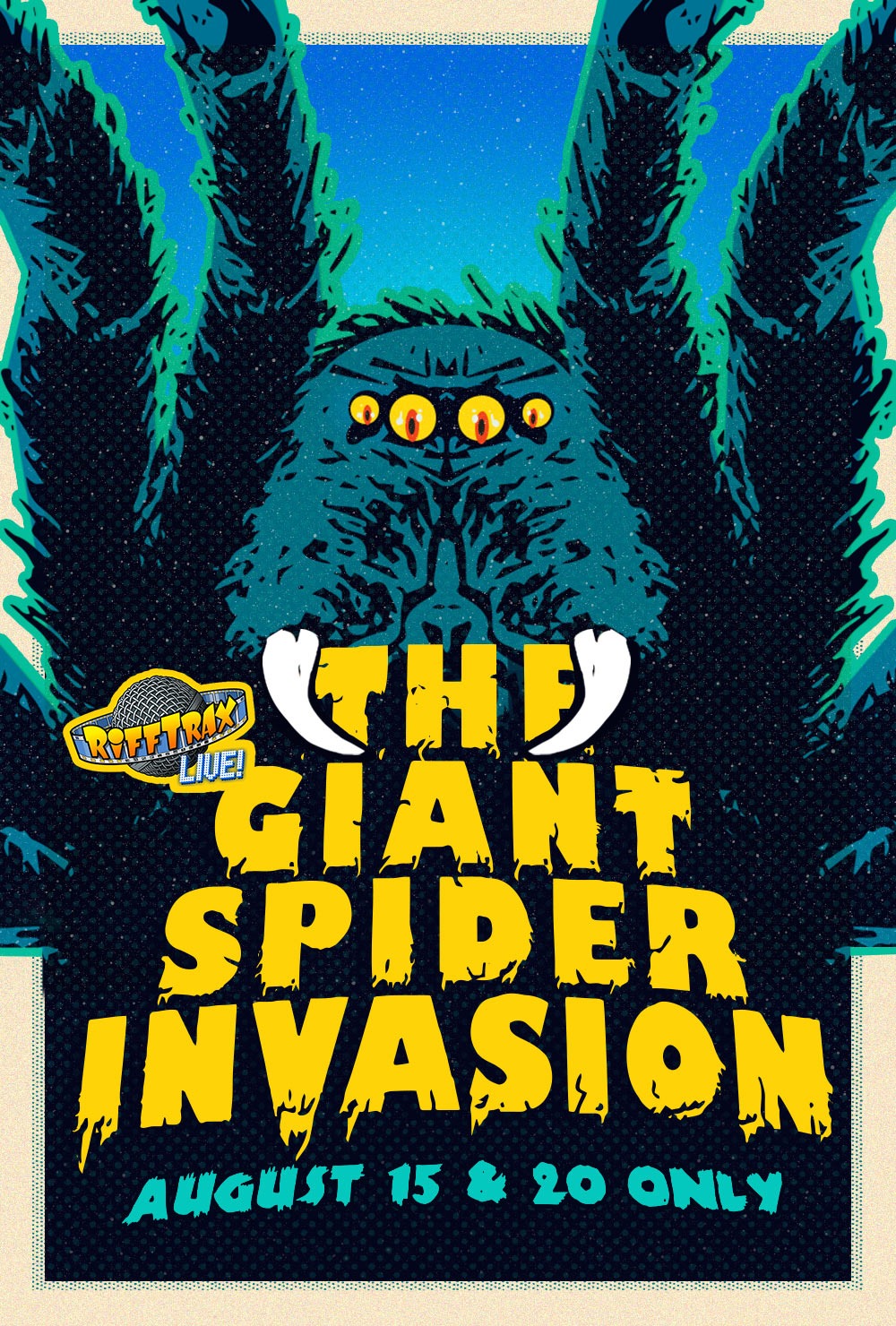 There’s a monster in Wisconsin, and it’s going to slowly, VERY slowly, strike TERROR INTO YOUR HEART! Sure, your grandma could outrun it, but TERROR is more fun! When a fiery meteor lands in the woods, strange things begin to happen in this small Wisconsin town — even weirder than usual, and that’s a pretty high bar!

While the townspeople are picked off by spiders of varying sizes, two esteemed scientists ramble around the countryside in a late model sedan, where they find friendship, romance and a big mechanical spider built on a Volkswagen Beetle chassis!

Starring Alan Hale Jr, the (Skipper from Gilligan’s Island), Barbara Hale (Perry Mason, and no relation to the Skipper) and Robert Easton, who’s been in more movies than a No Smoking disclaimer, The Giant Spider Invasion explodes across the screen in a pristine new digital transfer. Join Bill, Mike and Kevin as they serve up the cheesiest cheese America’s Dairyland has to offer, LIVE in movie theaters nationwide. 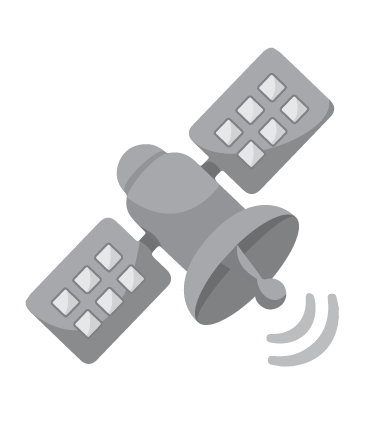 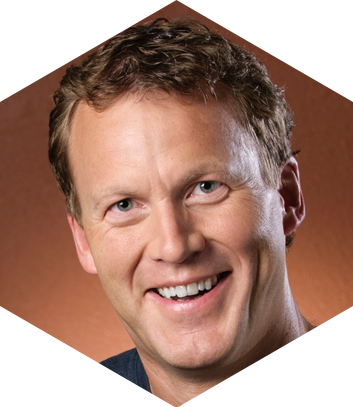 As the former host and writer of the Emmy-nominated, Peabody Award-winning Mystery Science Theater 3000®, Nelson has appeared on numerous radio and TV shows, written a regular column for TV Guide and authored many best-selling books. 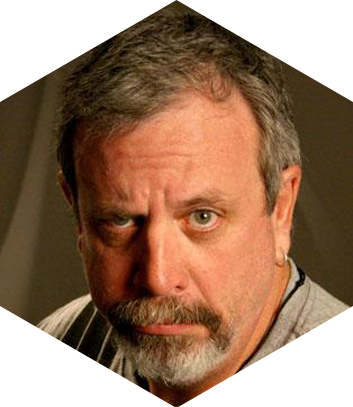 Perhaps best known as the man behind the plucky red robot Tom Servo on Mystery Science Theater 3000®, Murphy is also author of the bestselling book A Year at the Movies: One Man’s Filmgoing Odyssey and has been a regular contributor to NPR’s Weekend Edition and Wits. 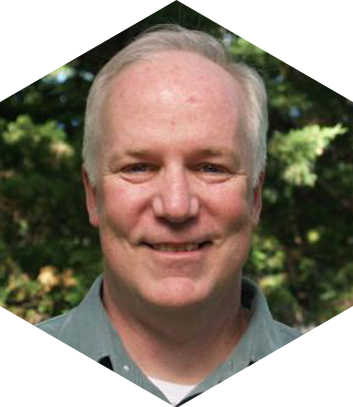 A former writer and performer for Mystery Science Theater 3000®, Corbett was the voice of the robot “Crow” (version 2.0), as well as many other strange characters including the clueless alien “The Observer” (a.k.a. “Brain Guy”). Corbett is also a screenwriter and an internationally-produced playwright.