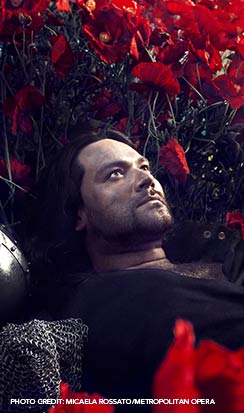 Experience the eighth season of the Metropolitan Operaâ??s Peabody and Emmy Award-winning series The Met: Live in HD in cinemas nationwide. The broadcast of Borodinâ??s Prince Igor will be presented live on Saturday, March 1, 2014 at 12:00 PM ET / 9:00 AM PT, followed by an encore presentation in select cinemas on Wednesday, March 5 at 6:30 PM in all time zones. Borodinâ??s defining Russian epic, famous for its Polovtsian Dances, comes to the Met for the first time in nearly 100 years. Dmitri Tcherniakovâ??s new production is a brilliant psychological journey through the mind of its conflicted hero, with the founding of the Russian nation as the backdrop. Star bass-baritone Ildar Abdrazakov takes on the monumental title role, with Gianandrea Noseda conducting.