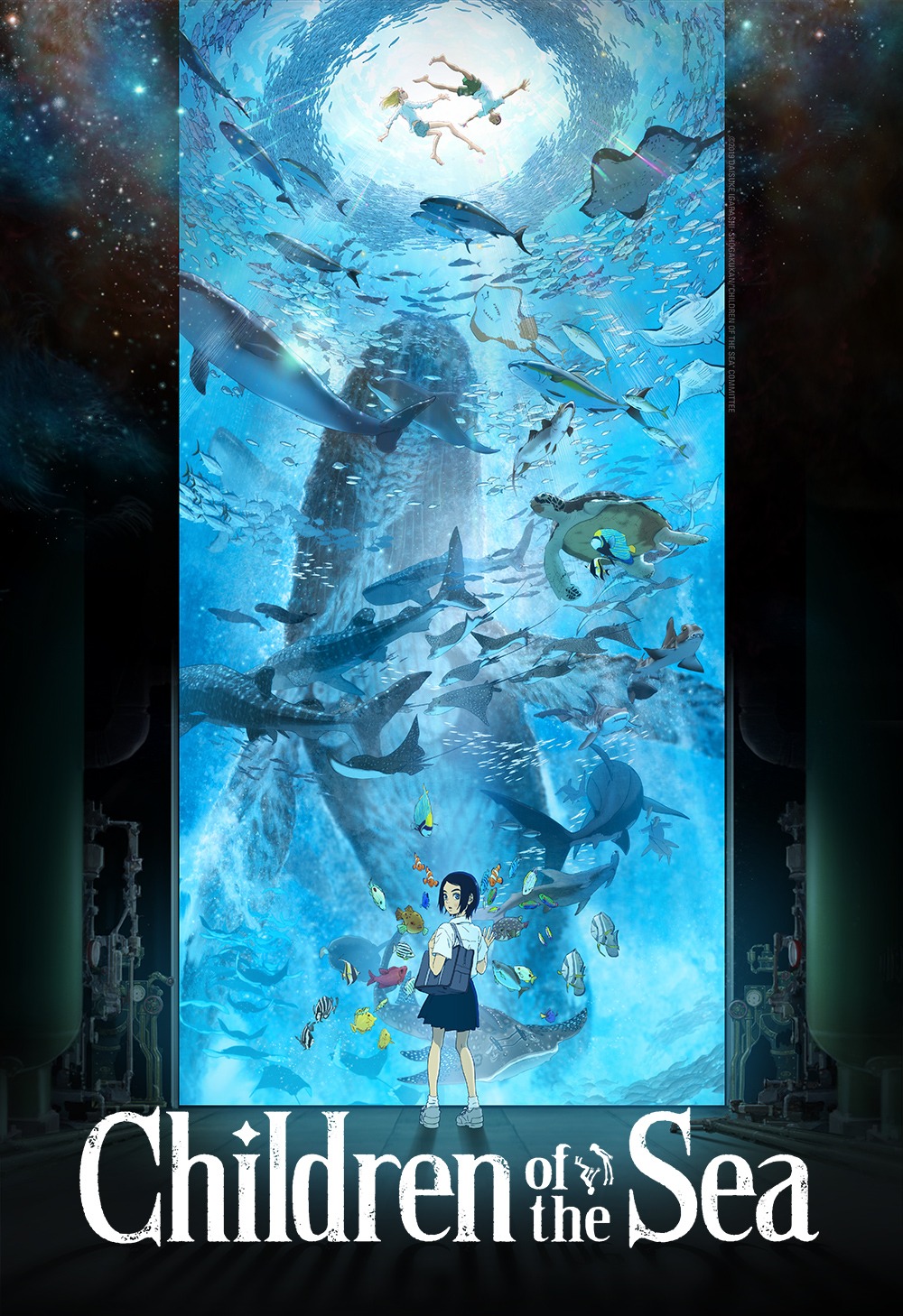 When Ruka was younger, she saw a ghost in the water at the aquarium where her dad works. Now she feels drawn toward the aquarium and the two mysterious boys she meets there, Umi and Sora. They were raised by dugongs and hear the same strange calls from the sea as she does. Ruka’s dad and the other adults who work at the aquarium are only distantly aware of what the children are experiencing as they get caught up in the mystery of the worldwide disappearance of the oceans’ fish.

Children of the Sea is the latest feature from Japan’s STUDIO4C (known for Tekkonkinkreet, MFKZ, Mind Game, Animatrix, Batman: Gotham Knight, and others), and is directed by Ayumu Watanabe, with a score by award-winning composer and longtime Studio Ghibli collaborator Joe Hisaishi (Spirited Away, Howl’s Moving Castle, My Neighbor Totoro). Children of the Sea is adapted from the manga of the same name by author Daisuke Igarashi, which won the Excellence Prize at the Japan Media Arts Festival.