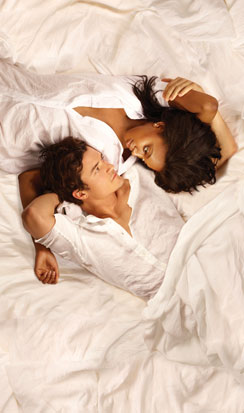 Returning to the Broadway stage for the first time in over 36 years, Romeo and Juliet turned up the heat in the fall of 2013 for a whole new generation of theater goers. Directed for the stage by five-time Tony AwardÂ® nominee David Leveaux and captured for the screen by four-time Emmy winner by Don Roy King, this stunningly modern production stars Orlando Bloom (Pirates of the Caribbean, The Lord of the Rings) and two-time Tony AwardÂ® nominee Condola Rashad (Stick Fly, The Trip to Bountiful) as the rule-breaking, heart-aching couple whose true love could actually conquer all. Donâ??t miss this limited-time opportunity to experience this star-studded performance of the greatest love story ever told at your local cinema!