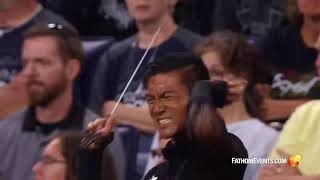 Additionally, interspersed between the performances, attendees will see live spots with broadcast hosts from the spring training site of the Bluecoats, in addition to pre-recorded up-to-the-moment rehearsal camp updates from several other groups that will appear at DCI events this August at Indianapolis’ Lucas Oil Stadium.