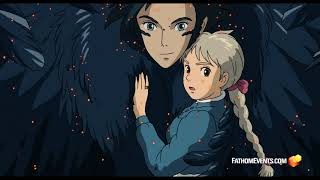 Get swept away in the stunning Academy Award®-nominated romantic fantasy from director Hayao Miyazaki that is based on the novel of the same name by acclaimed author Diana Wynne Jones.